In stock: delivery in 1-4 business days

With the Samsung Galaxy A8 Black, Samsung has gone in a new direction. The device is a successor of Samsung's A series from 2017 (A3 and A5). While these devices where successors of the A3 and A5 (2016), Samsung has chosen to give this device a new name. This way, the name fits the year of release!

Even so, the A8 2018 is a successor of the A3 and A5. This mid-range device comes equipped with a lot of features from Samsung's high-end devices. This includes the elongated Infinity Display. This midrange phone also comes equipped with two front cameras for Live Focus pictures.

The Galaxy A8 (2018) A530 Duos Black comes fitted with three cameras: one on the back and two on the front of the device. The dual camera is unique and adds a range of options and effects. With Live Focus, you can take stunning portrait pictures, which lets you adjust the blur after taking the picture. You can also use this dual camera set-up to unlock the phone using face recognition software.

The cameras on the front are 16 and 8 megapixels. Thanks to the F1.9 lenses, these cameras catch a lot of light. On the back of the phone, you'll find a single 16-megapixel camera with an F1.7 lens that takes great pictures, even in the dark. Even better, the camera does not protrude from the back!

The A8 looks a lot like the phones in Samsung's Galaxy S8 range. On the front, you'll find a the elongated Infinity display. With the A8, the screen does not flow into the sides, but the sides are rounded. This makes the phone feel comfortable in the palm of your hand.

One of the most significant changes compared to the A series from 2017 is the screen. This screen is a lot larger and measures at 5.6 inches. The bezels at the top and bottom of the screen are thinner and the display boasts a new display ratio of 18:9, which also appeared on devices in the S8 series from 2017.

This is a Super AMOLED display with a FHD+ resolution of 2220x1080 pixels. These screens of Samsung are very popular, even with other manufacturers. Thanks to this AMOLED technology, colours looks bright and lively, which makes the phone stand out right away!

The rest of the hardware of this black Galaxy A8 (2018) also does not disappoint. The device runs on the Exynos 7885 processor, Samsung's first mid-range 10nm chipset. This means that the processor takes up less space and is more energy-efficient to boot.

The Galaxy A8 Black features 32GB of storage space and 4GB of RAM. This is 1GB of RAM more than its predecessor, which is noticeable when multitasking. Switching between apps is faster and smoother than ever, so you won't run into hitches and glitches again.

If you need more storage space, you can use the extra microSD card slot. The phone also comes equipped with two SIM card slots, which means that you can use two SIM cards in one device! This is perfect if you use a business SIM card alongside your personal phone number.

The Galaxy A8 comes equipped with several security measures. You can secure your device using face recognition software, which means that you'll be able to unlock your device in no time. If you're looking for more biometric security, you can use the fingerprint scanner on the back of the Samsung Galaxy A8.

Android with own skin

Samsung has fitted this device with Android 7.1 Nougat. Their own TouchWiz skin has been added to this operating system. This means that the phone features several specific apps or settings that have been added by Samsung. You'll also get access to everything Android has to offer. This include using Google services apps like the Play Store, where you can download your favourite apps, games and other content!

The user manual is not included but can be downloaded or viewed here: Dutch user manual. You can also download an English version: English user manual.

With normal use, we guarantee that your phone will work properly throughout the full warranty period. If something goes wrong, Gomibo.no and Samsung will make sure to help you out!

How do repairs at Samsung work? 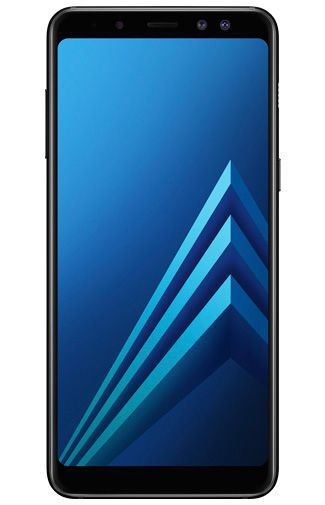