Everything about the Xiaomi Redmi 9C 32GB Orange

In June 2020, the Xiaomi Redmi 9C was presented for the Chinese market and on July 15, this affordable phone was also announced for the European market. This device is ideal if you don't want to spend too much money on a new smartphone.

This Xiaomi phone has a good price-quality ratio. For example, the Redmi 9C has a large 5000mAh battery. Besides that, on the back you'll find three cameras and a fingerprint scanner. The phone also has a 6.53-inch display, 32GB of expandable storage space, and dual SIM.

The most striking thing about this Xiaomi Redmi 9C Sunrise Orange is the large 5000mAh battery. A battery this size is rarely seen in this price category. With this battery you can use your phone for hours without any worries about it running empty. Besides, with 10W quick charging, the battery is also charged fairly quickly.

The Redmi 9C has a 6.53-inch display with a screen resolution of 1600x720 pixels, i.e. HD+. Images are therefore displayed very clearly. Besides that, the large screen format is pleasant for series, social media, and games. At the top is a notch for the 5-megapixel camera which you can use to make video calls and take selfies.

Triple camera on the back

Xiaomi has placed three cameras on the back of the smartphone, which you can use for a variety of situations. This way, you can take your normal photos and videos with the 13-megapixel main camera. Filming can be done in a maximum resolution of 1080p full-HD. A flash is available for sufficient lighting in dark surroundings.

With the 2-megapixel camera with depth sensor, you can take portrait photos. This sensor creates a bokeh effect, also known as a depth-of-field effect. Your subject remains sharp, while the background becomes blurry. The 2-megapixel camera is used for macro photos: it captures the smallest details at close range, for example those of plants and animals.

The Xiaomi Redmi 9C Orange has been released in several stock versions: this is the smallest version with 32GB. The operating system takes up a small part of this. The rest is used for storing apps, photos, and videos. For more storage space use a micro SD card.

Besides a memory card, you can also insert two SIM cards at the same time. This comes in handy if you want to use the micro SD slot and two SIM cards. With dual SIM you use one phone, but you can be reached on two numbers. This is useful to separate work and private life, for example.

The user manual is not included but can be downloaded or viewed here: English user manual.

With normal use, we guarantee that your phone will work properly throughout the full warranty period. If something goes wrong, Gomibo.no and Xiaomi will make sure to help you out!

How do repairs at Xiaomi work?

Show all accessories for the Xiaomi Redmi 9C 32GB Orange

Accessories that go with the Xiaomi Redmi 9C 32GB Orange

Show all accessories for the Xiaomi Redmi 9C 32GB Orange 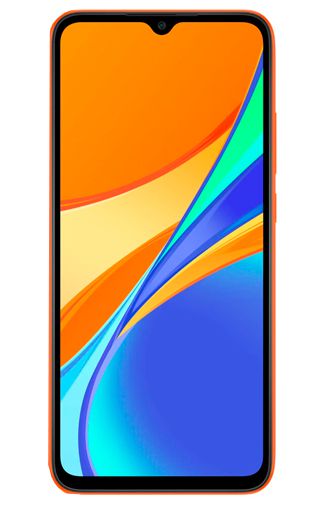